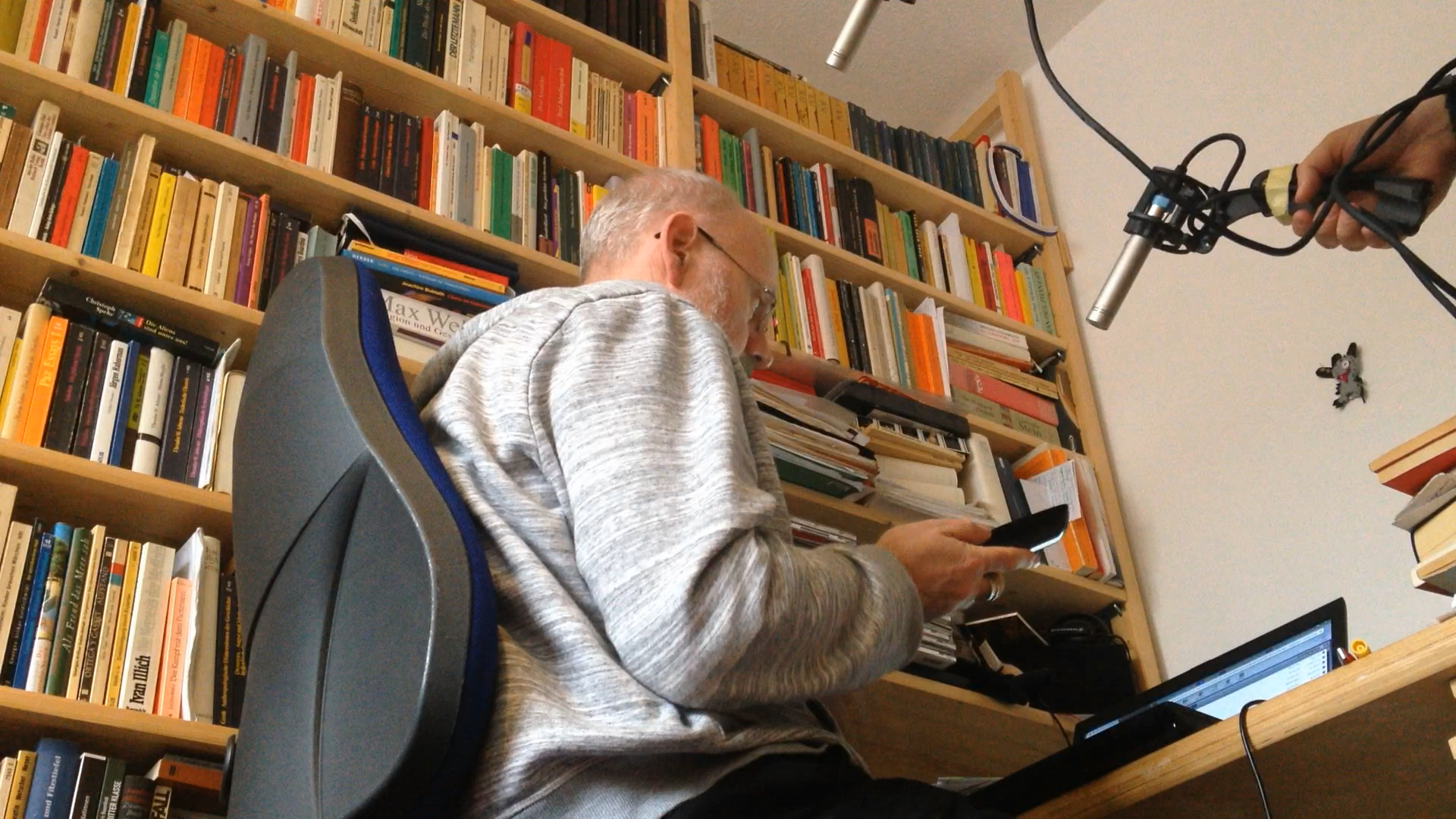 Born in 1967, Christoph Ogiermann began composing in 1990 at the suggestion of Erwin Koch-Raphael and has been writing music ever since. He received his diploma in composition in 2000 from the Bremen University for the Arts (Hochschule für Künste), studying with Younghi Pagh-Paan. He also undertook important musical and philosophical studies with Georges Nicolas Wolff and Nicolas Schalz.

He works as reciter, singer, violinist and keyboarder in the fields of improvisation and european arts-music.

He worked at the Archivio Luigi Nono in Venice, and he was a guest-composer at the Institute for Electronic Music at the University of Graz, Austria, the Studio of Electronic Music at the Technical University of Berlin, and the Experimentalstudio at Südwestrundfunk (SWR). He received a scholarship to spend half a year at the Cité des Arts, Paris. He was winner of Kunstpreis Musik of Akademie der Künste, Berlin. In addition, he has been invited to teach at the Universities of Queretaro, Edinburgh, Pitea, Trossingen, Hildesheim, Lucern.

He is a member of the collective artists association TONTO in Graz, Austria and of Stock 11.
He is cofounder and member of MusicActionEnsemble KLANK
He is also the publisher of “edition CROG”